Part 1 of 3: Lameness in dairy cows

Lameness could cost you a leg

Lameness is a significant health and welfare problem in modern dairy farming. It is not a disease itself but rather the expression of a latent (claw) disease or infection. Lameness is characterised by an abnormal gait that is the result of pain, most often (in 99% of cases) located in the foot.
Lame cows feel pain, are limited in their natural behaviour and can less easily walk around to go to the robot or the feed fence. When cows cannot meet their biological needs, their production goes down. However, do not underestimate the effect of prolonged milking intervals when a cow is not going to the robot!
Claw and locomotion problems have a multifactorial background. Research over the past 20 years suggests a variety of causes, which can be broadly classified into environmental factors (e.g. housing, nutrition, management) and animal-related factors (e.g. breed, production). In the late seventies, with the introduction of loose cubicle housing systems with concrete floors, the prevalence of lameness and claw disorders in dairy cows increased. Nowadays, the majority of the 1.5 million dairy cows in The Netherlands are housed in cubicle houses with slatted or solid concrete stall floors. In such housing conditions, over 80% of dairy cows suffer from at least one claw disorder at some point. When cows are housed in straw yards or compost-bedded floors, the numbers go down rapidly.

Lameness does not only affect the welfare of cows. When overlooked, lameness can have significant economic consequences on farms. In 2016, the cost per lameness case in The Netherlands was estimated to be 93 euros (Di Giacinto Villalobos et al. 2016). Lameness involves direct and indirect costs. Indirect costs consist of decreased milk yield and fertility. Direct costs cover treatment by a veterinarian, extra labour by the farm personnel and early culling (László Ózsvári 2017). When cows experience pain their stress levels increase, resulting in lower milk yield and decreased milk quality. Lame cows tend to lie down for longer and their feed intake is shorter and less frequent, leading to a decreased milk production. Depending on the case, the loss of milk production can reach up to 7%. Furthermore, when treated with antibiotics the cow’s milk has to be discarded. On average this represents 2.5% of the lactation. Lameness can delay the calving interval by 9 to 20 days and decrease pregnancy rates. The treatment of lameness includes the cost of the veterinary intervention, the cost of the drugs and the extra labour of the herdsmen. Finally, lameness weakens the immune system, increasing the chance of contracting diseases or early culling.

For both the welfare of the cows and the sake of the farmer’s wallet, it is important to prevent lameness and detect it as early as possible.

In order to prevent lameness, we need to understand how and why it happens. This will be discussed in our second article: “Lameness in dairy cows: why does it happen?’.
Lameness detection can be carried out by human observers or automatic systems. We will elaborate on the detection solutions and future innovations in our third and final article: ‘Lameness in dairy cows: how to spot it’. 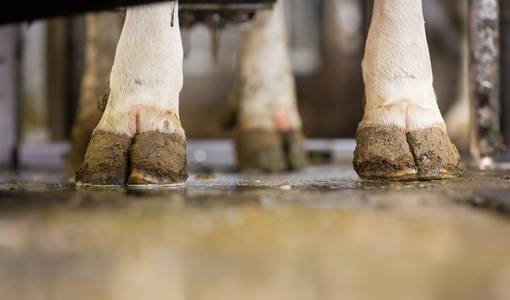 In our previous article in this series, we talked about the economic impact of lameness. As a follow-up, this article provides more knowledge about the causes behind lameness and foot problems to help reduce the incidence of lameness and its associated costs. 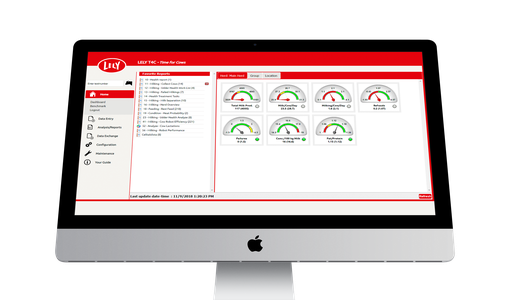 As of 18 November 2019, the new Lely T4C update has been rolled out in the different countries. In this update, Report 10 has been improved and there are better functionalities for Lely Vector customers with beef cattle.