The survey was sent to 100 Juno users in Germany, France and the Netherlands and placed online for customers that do not use the Juno. 16 Dutch Juno salespeople were also interviewed. In addition to the surveys and interviews, ten farms using a Lely Juno were monitored over a four-week period. The first two weeks the Lely Juno was set to push feed three times a day and the second two weeks it was set to push feed ten times a day.

Results from the survey showed that around 95% of customers were happy with their Juno. When customers were asked about their reasons for buying it, only 5% mentioned cost savings. They said that the Lely Juno saved them 28 minutes/day on average. These findings are quite similar to those of a study conducted by Jack Rodenburg in Ontario, Canada, where farmers said they spend 26 minutes/day on feed pushing.

In contrast to this, 83% of customers who did not use the Juno said they only spend 0-15 minutes/day on feed pushing. 31% of the non-Juno customers is considering buying a Lely Juno when their current system needs to be replaced, but most non-Juno customers think that the Lely Juno has not enough advantages, is too expensive and has a too long payback time.

Results from the field research showed an increase of 0.39L/cow/day during the second two weeks where feed pushing was set to ten times instead of three times/day (see picture 1). Milk production results per farm also showed that on some farms pushing feed three times a day could be sufficient when there are enough feed places per cow. Other parameters were not significantly changed in this research.

The Juno ensures there is always feed in front of the cows and this enables heifers and other low-ranked cows to eat sufficient feed at the feed fence. Farmers don’t have the mental and physical pressure of pushing the feed, as it is done automatically for them. Pushing feed several times per day increases the milk yield. Research shows an average increase of 0.39L/cow/day which equals $4593 more income annually if we assume 100 dairy cows, 305 day production and a milk price of $0.39.

If we assume that an average tractor uses 9.75 liters fuel/hour, farmers can potentially save 1500 liters annually. A Lely Juno runs on electricity and consumes around 500kWh/year.

The research shows us that the Lely Juno is not just a luxury product. It definitely increases milk yield (0.39L/cow/day) and has a positive influence on the low-ranked animals in the herd. It also saves on physical labor and fuel. When the increased milk production is taken into account, payback time is around one to two years. 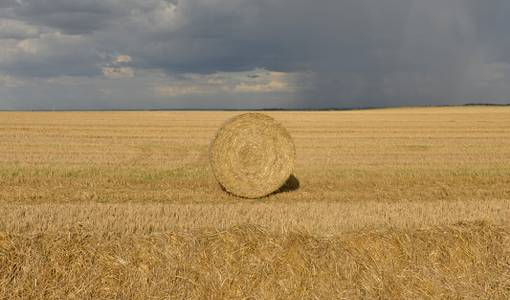 Many countries have experienced a long dry period that challenged farmers to produce a good quality of roughage and in some cases no roughage at all. This resulted in a lack of roughage and reduced ingredients content in some areas.