“There is a clear gap in the market for a flexible feeding system that provides fresh well mixed feed 24/7” says Teus de Jong, Product Manager of Feeding at Lely. “Recently, we delivered a Vector system to a Swedish company called Stallberg, which was composed of three MFRs (mixing and feeding robots). Stallberg wanted to fully automate the feeding of more than 500 animals and be able to grow the business in the future without having to invest in a new feeding system. The Lely Vector transpired to be the only solution right for them”.

De Jong says: “Our focus is not now only on dairy farms. The system is also working successfully on a number of beef farms in several countries. An Irish customer of ours was so enthusiastic about our system that after just six months he says that his business has entered a new era since installing the Vector.

The Vector system can also be used in combination with tower silos, as is clear from the projects already delivered at the start of the year in the USA, Canada and Switzerland.

De Jong says: “By putting the Vector system in the feed kitchen and letting it work alongside the tower silo, the feed kitchen can become more efficient and multi-faceted. Feeding with round bales is no problem for our system either”.

Right now, cows in twenty countries are being fed with the Lely Vector every day. “This is something we are really proud of. The beauty of the Vector is that it forms the link between our grassland machinery range and our dairy products. Our feed specialists have worked hand-in-hand with our dairy specialists in developing the Vector. This combination has delivered a system that is unique in the marketplace”.

The Lely Vector feeding system will be on display on Lely’s stand at EuroTier (stand No 27F38). The system can also be viewed in action in the outdoor area on the Special Automatic Feeding demonstration organised by the DLG next to halls 27 and 25. 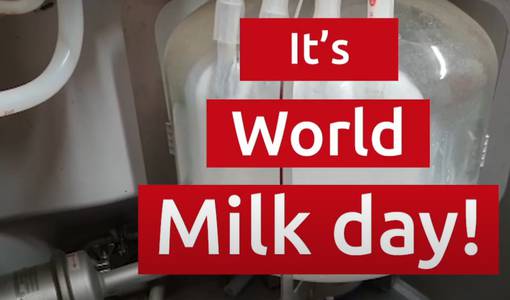 "Cheers to World Milk day!" from us at Lely!

We at Lely say: “Cheers to World Milk day!” Today we celebrate the importance of milk as a global food. We also thank all farmers across the globe for their hard work year-round, and especially during these special times. And did you know that +3.000.000.000 kg of milk is produced in 2019 with all Lely Astronaut A5’s we have in the field?

First Astronaut A5 installation in China

Lely is celebrating its first operational Astronaut A5 automatic milking system in China. A memorable event, not only as it’s the first installation for Lely since entering the Chinese market last year, but also because the startup was carried out remotely. 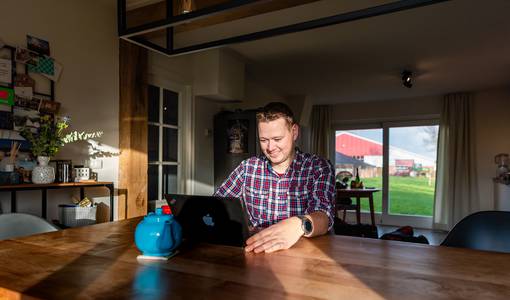 Lely facilitates employees to work from home because of Coronavirus

The Dutch Government issued guidance to slow down and prevent the spread of Covid-19 (Coronavirus). In response and until further notice, Lely chooses to let its employees work from home as much as possible and to minimize all contacts with external groups.