Edison Acherman, Cluster Manager Latin America “There’s a huge market in Latin America for Lely. We are only active in the region for a few years but are close to installing our 100th Lely Astronaut milking robot, with many more to come. The recent inauguration of four new farms is a confirmation of the growing adoption in the area. We really thank the families for giving us the trust to be part of their future dairy farming activities. It has taken a great team effort to make these projects a reality.”

Uruguay
We opened “Las Palmas”, the first robotic farm in Uruguay, on Monday 23 September, where two Lely Astronaut A5 milking robots are milking 130 out of 400 cows. Being a family owned business, the owners decided to invest in robotisation to increase the production as two generations are now working alongside each other.

Argentina
On Tuesday 24 September, we opened the farm “El Rancho“ in Argentina, where six Lely Astronaut A5 milking robots are milking a mixed herd of cross breed cows in a grazing operation. The family was the first to adopt the automated milking system in Argentina.

Dairy XL in Argentina
The first two Dairy XL farms in Argentina were opened on Wednesday 25 September. First we opened “Don Ino” a family owned business, milking 500 cows with eight Lely Astronaut A5 milking robots. They are finishing up the start-up process and are about to close the old farm, continuing all work in the new robotised barn. Later that day, we opened “La Margarita” with eight Lely Astronaut A5 milking robots, also a family owned business, and the second Dairy XL farm in Argentina. Both families received a Red Cow, a symbol for being part of the Red Cow Community, a partnership based on providing inspiration, connections and networking for large dairy farms with more than 500 milking-cows that operate with eight or more Lely robots. 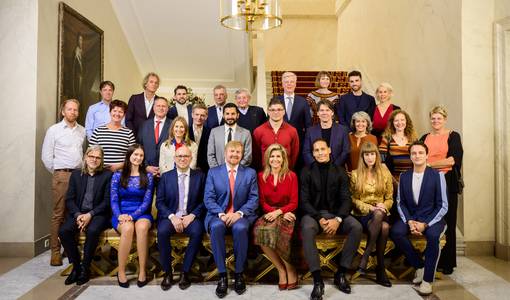