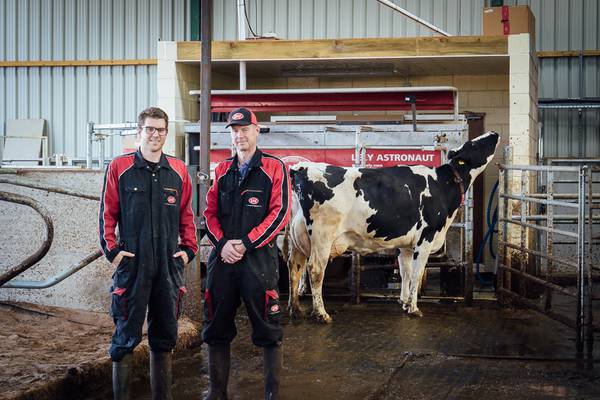 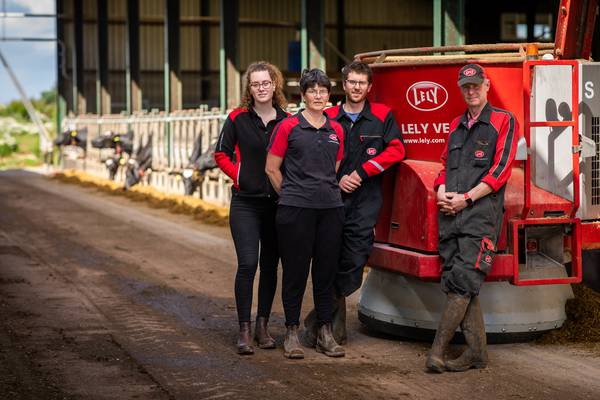 An automated feeding system is proving its worth on a Shropshire farm where yields, cow health and feeding efficiencies have been given a boost.

Replacing a mixer wagon with an automatic feeding system has seen yields increase by two litres a cow a day and milk from forage rise by more than 130% at Manor Farm, Lee Brockhurst. It took just four months to see such a sharp increase, something George Lester and his family put down to the fact the 180-cow herd has constant access to fresh feed. Cow health has improved too, with pregnancy rate increasing from 21% to 27% in the same period. Mr Lester has also witnessed labour savings and more than £40 a week reduction in diesel use. Simultaneously introducing the new Dynamic Linear Model (DLM) software package into the farm’s existing three robotic milking robots has further helped improve feed efficiency. In turn margin over purchased feed has increased by 36% to £219 per cow. The DLM helps optimise concentrate feeding on an individual cow basis depending on milk yield response.

“We budgeted payback at 27ppl over 10 years, however the outlay on the Vector should be covered within half that period judging from the number of benefits we’ve already witnessed,” says George, who farms in partnership with his parents, Jeff and Judith.

The Vector feeding system runs alongside three Lely A5 automatic milking robots on a new greenfield site which was developed in 2018 to take the then 70-cow herd. The Lesters had an ambitious plan to move towards full automation. “Embracing automation is all about reducing the reliance on outside labour so that I will eventually be able to expand the herd and manage myself up to 250 cows calving all-year-round with say one person’s help, rather

than having to depend on three members of staff,” Mr Lester adds. “We are insulating ourselves from a labour shortage.” Automation has reduced the working day and built flexibility into working hours, allowing more time for family and a focus on higher value management tasks. Previously the family spent

two-and-a-half hours a day preparing the total mixed ration, feeding out in one go and pushing up twice in 24 hours. Now the Vector feeds each of the three cow groups – milking, dry and high dependency – up to four-five times a day. Preparation time has also been cut to 30 minutes replenishing the kitchen with grass and maize silage, together with straw. “We also top up the feed dispensers with a blend and dry cow mineral, after which it’s over to the robot,” Mr Lester adds. The Vector travels around the feed fence up to 20 times a day either feeding or pushing up and scanning (see panel). Having fresh food in front of cows attracts them to the feed fence which helps intakes, while feed remains fresh which has led to an 80% reduction in waste. As the diet is consistent, sorting is minimal and competition at the feed fence has been eliminated.

How the Vector works

The Vector is an automatic feeding system which mixes and delivers feed to cows, 24/7. Stewart McAlister, customer services manager at Lely Atlantic, runs through its key attributes which can help feeding and labour efficiencies.